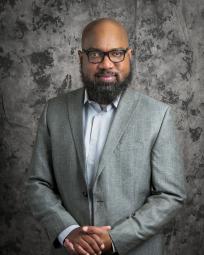 “Long before Atlanta was the ATL, the Motown of the Dirty South, before Big Boi was even a little boy, Curtis Mayfield saw the city as a potential music capital.”
—ATLANTA JOURNAL CONSTITUTION
"His most affecting songs carried the optimism and conviction of the Rev. Martin Luther King Jr.'s most celebrated sermons. His music was a major influence on many of today's most influential rap and hip-hop stars, from Lauryn Hill to Public Enemy."
— Los Angeles Times Pop Music Critic Robert Hilburn (Retired)
(Atlanta, GA, MAY 14, 2020)---In September, the world celebrates the 50th anniversary of the solo career of music genius, singer-songwriter Curtis Mayfield (WEBSITE:  www.curtismayfield.com), who, shortly after leaving Chicago and his lead singing role with The Impressions planted roots in his adopted hometown of Roswell, Georgia, outside of Atlanta.
His legacy endures on many cultural fronts, says Altheida Mayfield, widow and primary longtime keeper of the Mayfield flame.
Starting May 14, 2PM EDT, Cheaa Mayfield, Curtis’ son and a senior manager of the Curtis Estate and its projects on his legacy’s behalf, will launch a weekly DJ show via FACEBOOK LIVE featuring personal commentary and music from the Curtis catalog. (Check www.facebook.com/CurtisMayfieldOfficial for details).
“During this unusual cultural moment, it’s a great time to share my dad’s music with the world and let the fans in on some of the history and my dad’s songwriting process that made these songs possible,” says Mayfield, himself a musician.
“As a kid I got to watch my dad work up close and shared a lot of personal time, especially the last 10 years when he was living, and still writing music, as a quadriplegic.”
Among Mayfield’s colleagues was the late Aretha Franklin, who called him, “Incredible.  The voice of a nation—and still is.”
This year has been especially singled out, alongside all the other years, to commemorate his solo career with planned deluxe releases of archived recordings.
Mayfield, a unique singer-songwriter-producer-arranger, made an innovative impact on the recording business that spilled over into black entrepreneurship and the civil rights movement.
He recorded a string of hits with The Impressions (Curtis & The Impressions were honored with an historical plaque in Chattanooga, where The Impressions were born, late last year) before leaving the influential soul-gospel group to embark upon a solo career that began 50 years ago and produced some of his greatest work.
Known as the “Gentle Genius,” Mayfield has been inducted into the Rock and Roll Hall of Fame twice – first as a member of The Impressions and later as a solo artist.
In 2019, Rhino spotlighted Mayfield’s early solo career in a (CD & Vinyl) collection that includes newly remastered versions of his first four studio albums: Curtis (1970), Roots (1971), Back to the World (1973) and Sweet Exorcist (1974). KEEP ON KEEPING ON: CURTIS MAYFIELD STUDIO ALBUMS 1970-1974.
Currently being organized by the Mayfields are a number of projects, including a documentary covering his life and times, a book penned by Mrs. Mayfield and Herb Powell (co-author of Maurice White’s autobiography), a Scholarship program in Curtis’ name awarded to high school students and up-and-coming songwriters and a possible film.
Also, hopefully, the U.S. Postal Service will react to a newly-launching request for a Mayfield stamp from the Mayfield family and fans and other Curtis loyalists.
Mayfield has hundreds of awards to his credit including the Grammy® Lifetime Achievement Award presented to him by Bruce Springsteen.
Rolling Stone magazine named Mayfield’s “Superfly” movie soundtrack at No. 69 on the 100 greatest albums of all time. The album was a groundbreaker for the grit and realism of its lyrics which echoed black urban street life accurately. Lyrics that, critics have noted, provided signposts for, at the time, the emerging rap and hip hop generations.
“Superfly” is one of the select few soundtracks to actually out gross the movie from which it came.   Mayfield began recording it in 1971 and wrote several other soundtracks.
Mayfield’s civil rights anthems remain part of the culture. His most celebrated song from this period, "People Get Ready “became a crucial part of the civil rights movement, especially in Curtis’ hometown of Chicago,” said U.S. Ambassador and activist, Andrew Young.
National Public Radio named “People Get Ready” one of the 300 most important recordings of the century!
Back To News