The Impressions, back in the 1960s, defined Chicago Soul, that mixture of gospel, pop and Black reality. And Curtis Mayfield defined The Impressions, as lead singer, writer and producer, molding a quintet, then trio, of musically underdeveloped teenagers into a unit that would, at one time, have an astonishing run of R & B and pop chart successes, including 19 consecutive R & B hits, 12 of them crossing over into pop. But, more importantly, Mayfield fashioned The Impressions as soul music’s social conscience.

The core group of the Impressions during its first decade of success was Mayfield, Sam Gooden and Fred Cash. In the beginning it was Jerry Butler, who, with Mayfield, joined a doo wop group, The Roosters in 1957. Other members were Gooden and brothers Richard and Art Brooks. In 1958, they had a record deal with Vee Jay and a new name, Jerry Butler and The Impressions. Butler, as co-writer, lead singer and founder, had most of the attention when “For Your Precious Love” became the group’s first hit. (Mayfield lurked in the background literally – as back up singer.)

Butler’s almost immediate decision to quit the group., opting for solo fame, allowed Mayfield to come into his own musically, artistically and also as a person able to thread his way through the complex maneuvers of the record industry.

From the start – and especially under Mayfield’s guidance - -The Impressions were distinctive, a smoother contrast to the power shouting of the other Chicago soul-gospel groups. While by no means laid back, The Impressions gave off an aura of relaxed cool that struck a chord with audiences.. Mayfield would later sum up the effect: “They could just be screaming and hollering and getting down but when The Impressions came out they would be respectfully quiet. “For Your Precious Love” itself was distinctive, unusually constructed in that it did not conform to the soul, R & B product then on the market: a ballad that was all verse, that never repeated the title and was soft gospel disguised as a secular love song. Adding to the mix, Vee Jay Records had the recording out on two other labels at the same time. It did, however, go pop and R & B, hit the charts, selling 900,000 copies.

But not until Mayfield took command did The Impressions repertoire become truly atypical. His impact on the formative years is something Fred Cash has never forgotten, even 60 years later. He recalls those first rehearsals on Chicago’s South Side. “Curtis lived in the suburbs and he’d come into the city,” Cash told the Chicago Tribune. “He’d pick out the parts on his guitar that we needed to sing. I was singing bass, tenor, baritone, and lead. Curtis sang high tenor. We didn’t have training. It was all instinct. Curtis would ask me all the time whether he should go to school to learn some more about music. But he didn’t need to. He wrote a lot of our early hits, like ‘Gypsy Woman,’ when he was just a kid, and we had material for years. He was a genius with a gift for putting words together that would inspire.”

Mayfield, who was also writing solo hits for Butler, financed the group and scored a deal with ABC Paramount in New York which produced the first Mayfield-Impressions success in 1961, “Gypsy Woman,” a chart hit and the group’s biggest single to date. Follow ups did not do so well causing the Brooks Brothers to leave and The Impression to downsize into a trio format. Returning to home base, Chicago, a different sound was heard, lush arrangements with horn sections and Mayfield’s love of the falsetto voice coming into play. The new style Impressions had a million seller in 1963 with “It’s All Right,” a single that many think was the essence of Chicago Soul.

The Impressions recorded the first Mayfield composition that addresses social and political issues, “Keep on Pushing” in 1964 and the group found itself the object of another kind of attention -from the Civil Rights Movement. Fred Cash admits that, at first, he was a little taken aback, perhaps puzzled, by this. “People Get Ready,” released in 1965, “Amen” and especially “We’re A Winner” brought a similar reaction but also became another major chart hit for The Impressions. “

The string of power recordings from The Impressions during this period elevated the group’s reputation, putting them alongside the Motown vocal groups and the New York street corner style of the Atlantic Records groups.

The Impressions followed Mayfield when he formed his own label, Curtom Records, and for two years helped Mayfield with his “message” songs (“Choice Of Colors” in 1969, “Check Out Your Mind,” 1970 and more) cement his reputation not only as an important songwriter but as a prolific hitmaker. Then in 1970, Mayfield quit The Impressions for a successful solo career. He still was writing and producing for them and they were still on Curtom. The Impressions replaced him with Leroy Hutson who remained with the group until 1973 to be replaced by Ralph Johnson and Reggie Torian. Success was still part of the story for the new line ups with R & B Top 5 singles in 1974–1975. In 1976, The Impressions now moved from Curtom Records to Cotillion Records (part of Atlantic Records) and had immediate chart success with - "Loving Power." Over the years, the personnel of the group changed - with Cash and Gooden remaining a constant - (see below) as well as moves to different labels, including 20th Century Records and MCA Records. Demand for the group was consistent in the concert and club areas and The Impressions continued touring America and the rest of the world.

One unusual recording involved British guitarist Eric Clapton who had the group contribute background vocals to his “Reptile” album in 2001. The Impressions produced the soundtrack for the movie, “Three The Hard Way” in 1973. A special moment was when The Impressions had another chart hit in 1981 – a reworking of “For Your Precious Love.”

In 1991, now honors began to come their way. The Impressions were inducted into the Rock and Roll Hall of Fame and it was a summit meeting for the group, a combined Roosters/Impressions gathering on stage, including Sam Gooden, Jerry Butler, Richard Brooks, Curtis Mayfield, Arthur Brooks and Fred Cash. The group also entered the Vocal Group Hall of Fame in 2013 and were showcased on the PBS TV specials “R&B 40” and “Soul and Inspiration. “The Impressions became an emotional center of the tribute album to Mayfield in 2000, The documentary “Movin' On Up” included - interviews with Sam Gooden and Fred Cash and video performances of the group's greatest hits.

In 2013, The Impressions released "Rhythm," their first single in more than 30 years with original members Cash and Gooden still alive, well and vocal. The song was, of course, a Curtis Mayfield composition (a hit for Major Lance) and also has the bonus of a horn arrangement by Johnny Pate, the same person who created horn arrangements for the group back in the early days in Chicago.

The Impressions have been termed the link between the R & B of the 1950s and the soul music of the 1960s. The fact that the group, in various formats, carried this sound triumphantly into the second decade of the next Century makes the history of The Impressions one of the most, well, impressive in music. 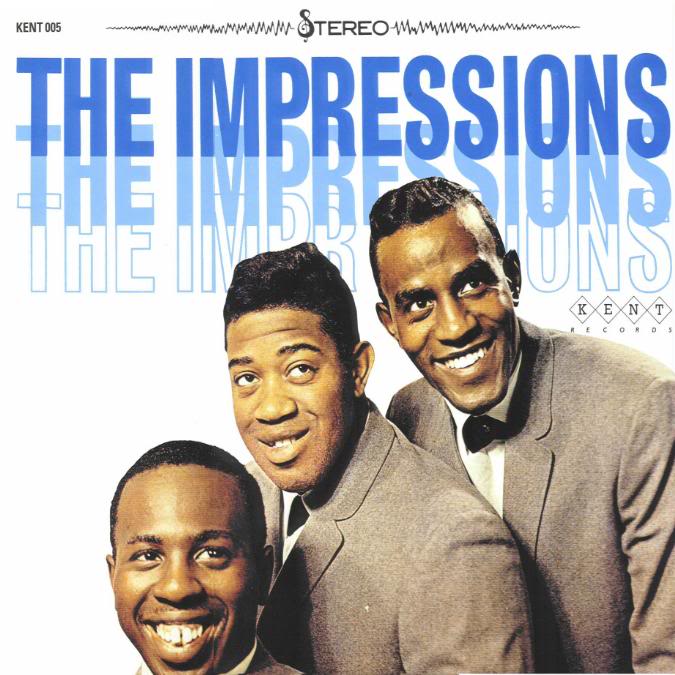 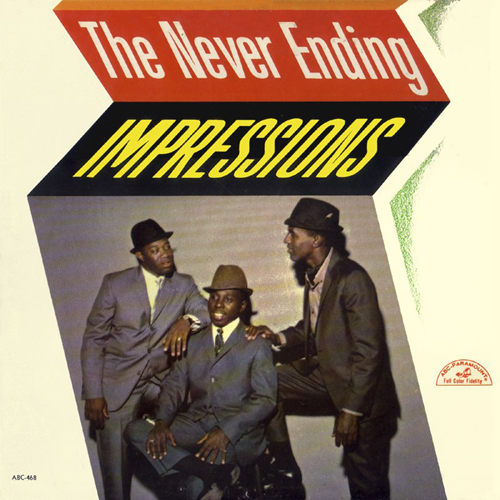 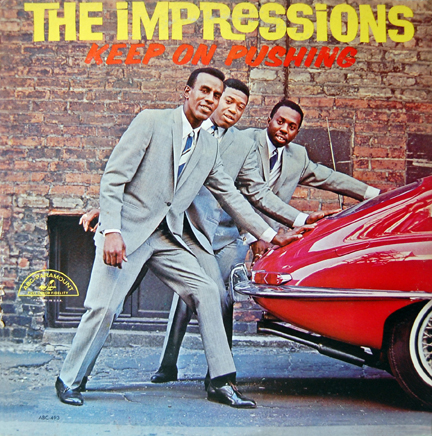 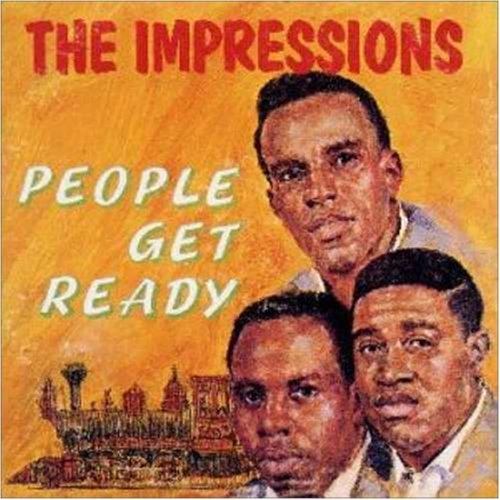 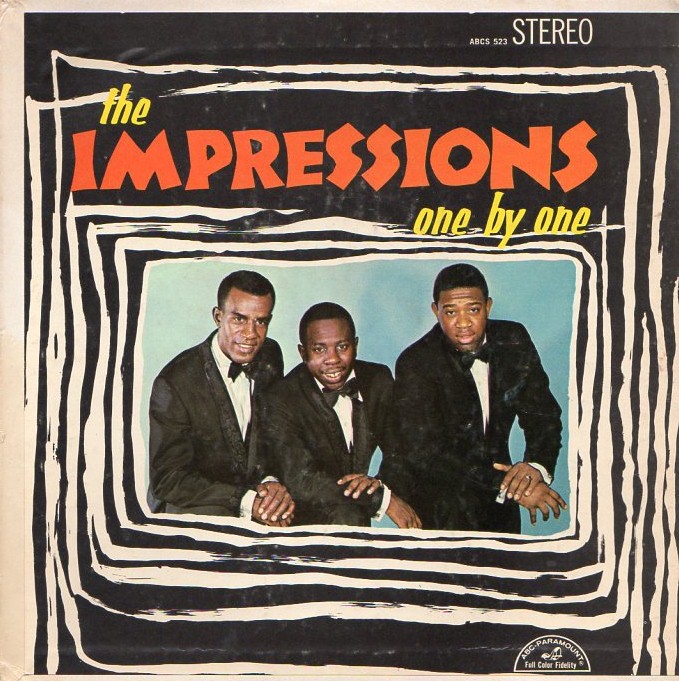 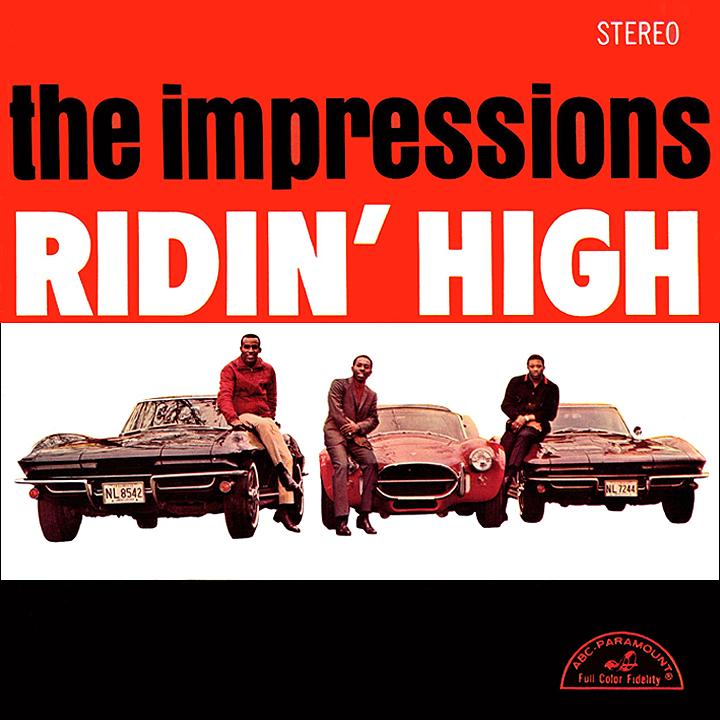 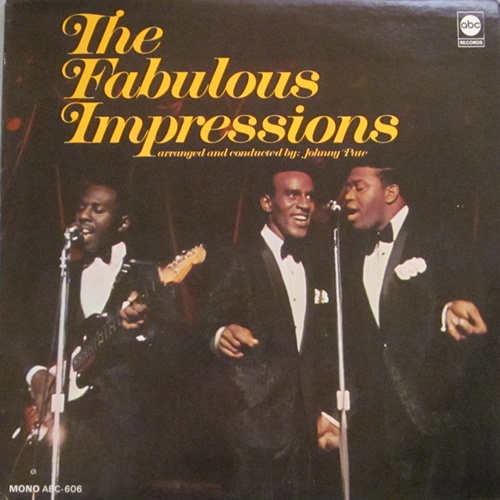 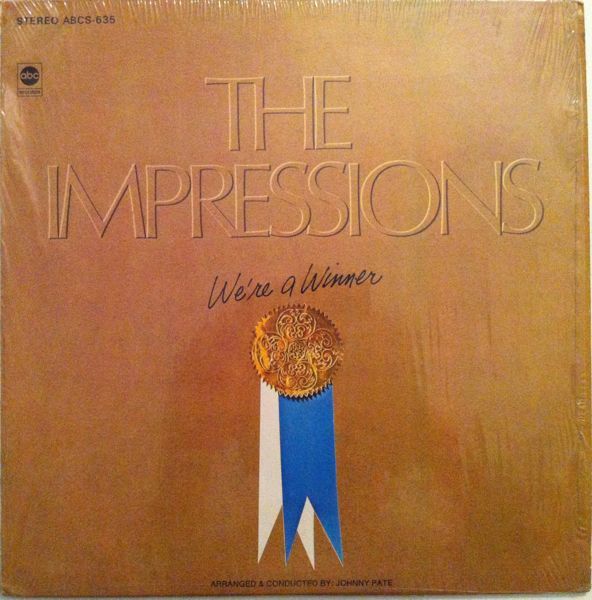 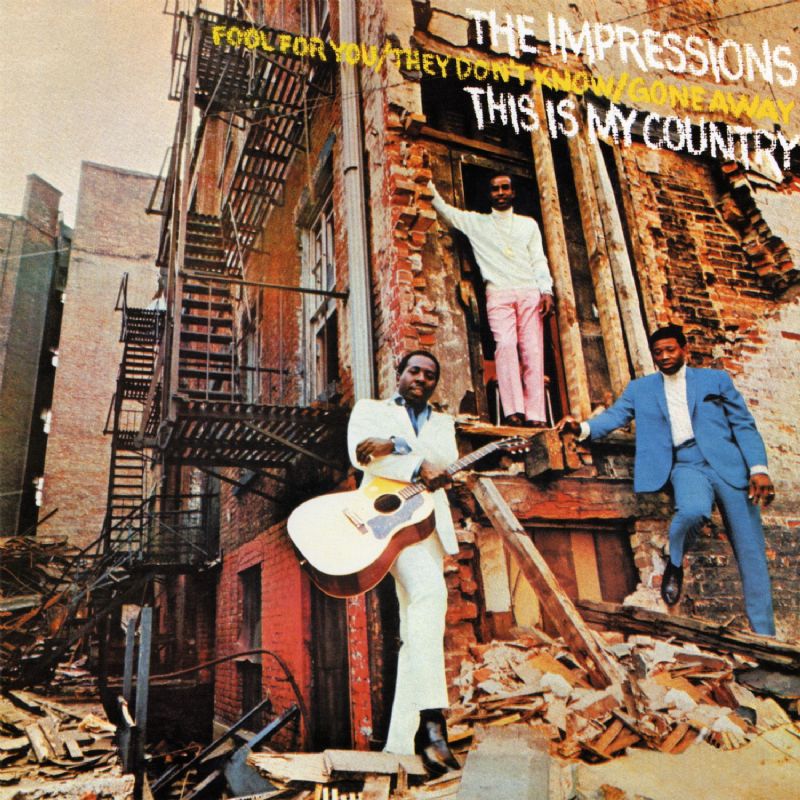 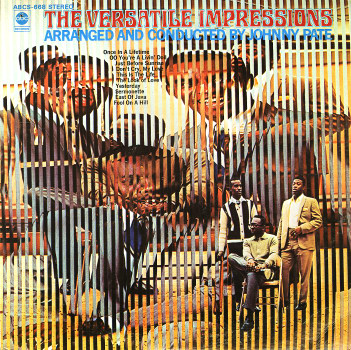 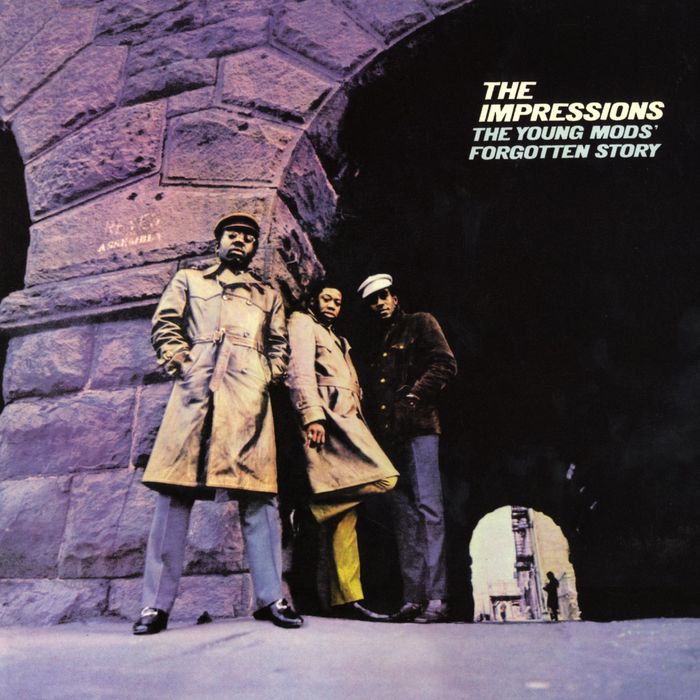 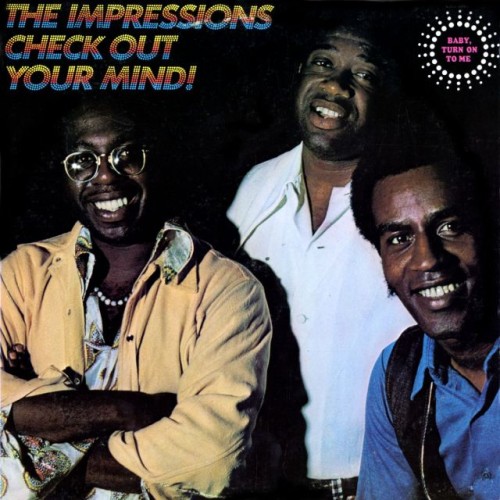 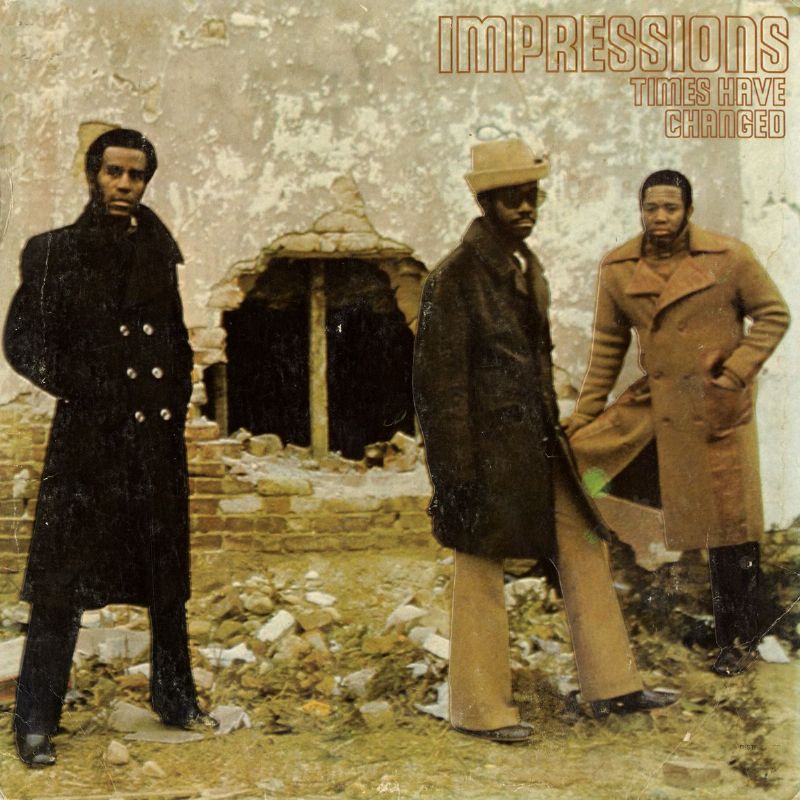 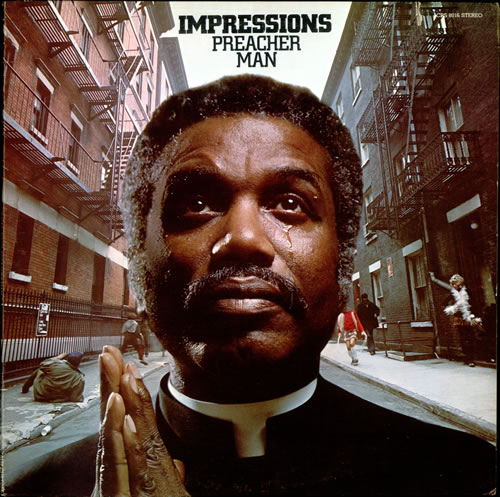 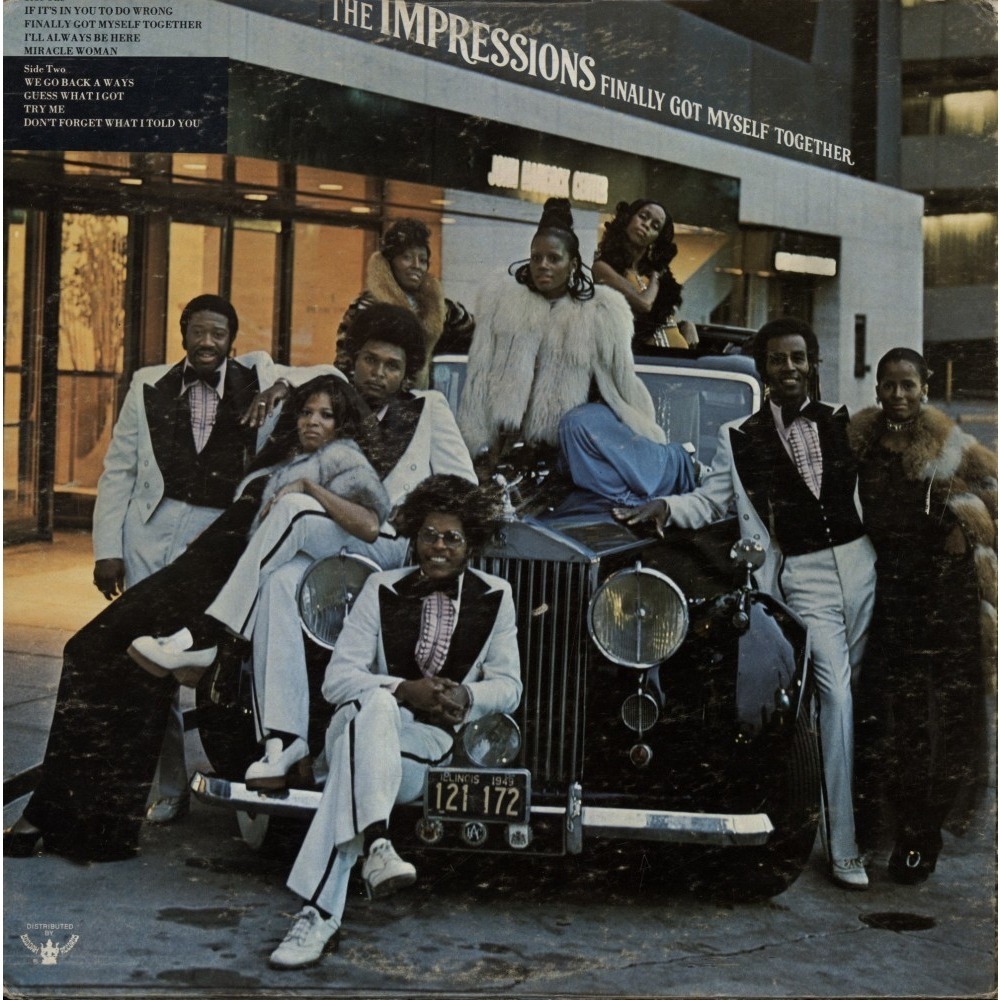 Finally Got Myself Together (1974) 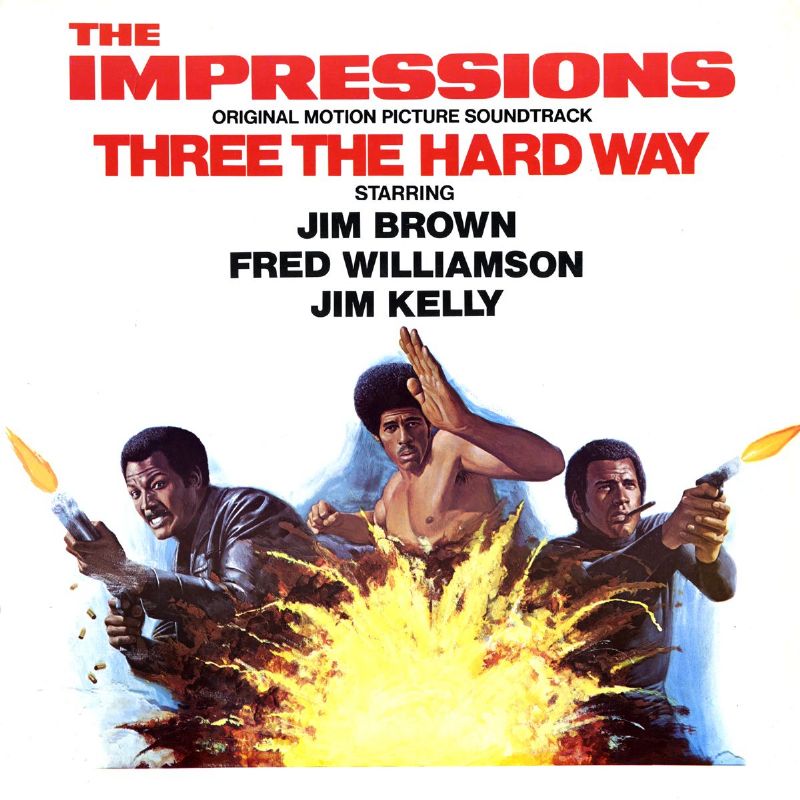 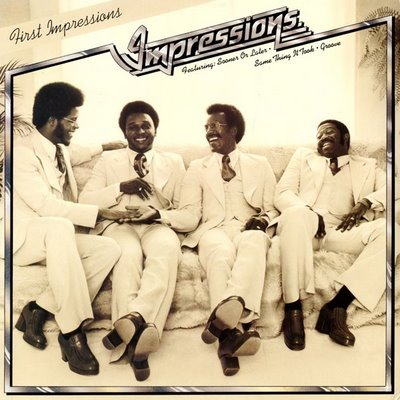 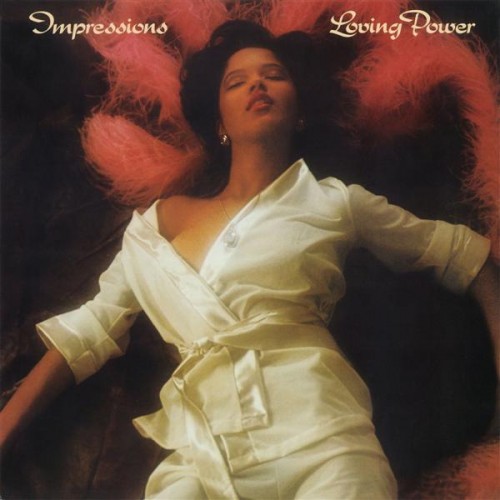 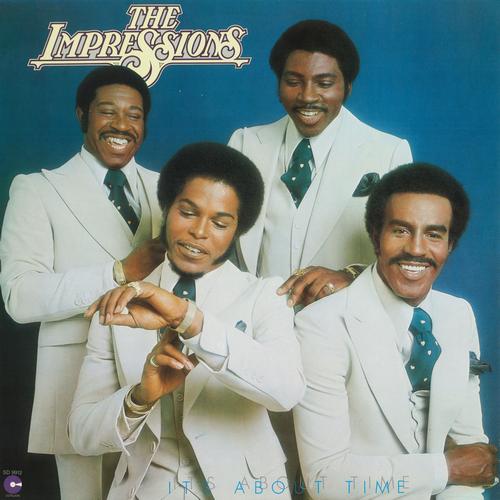 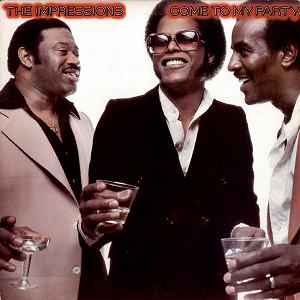 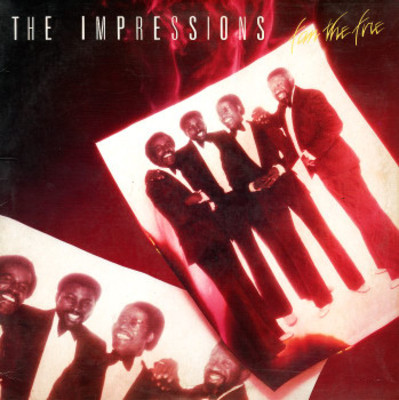