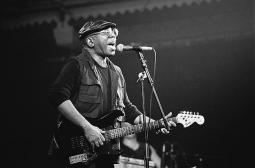 Breland "The Pen Point Guard", is a singer and songwriter from Burlington, New Jersey. Raised in the church by two talented vocalists and ministers, Breland grew up with music in his soul. He studied every lyric and melody from his favorite writers, Ne-Yo and The Dream, and every riff from his vocal idols, Stevie Wonder and Kim Burrell. Breland always dreamed of breaking into the music business, and while attending Georgetown University in Washington D.C, he finally got his chance. GRAMMY-winning songwriter and producer Troy Taylor connected with the young writer online and began mentoring him and grooming him for the industry.

During his junior and senior years of college, Breland dedicated himself to writing and recording a song a day, developing his craft and preparing to move out to Atlanta. When he graduated and moved South summer of 2017, he jumped right into the music scene, securing 7 placements on Dru Hill's "Christmas in Baltimore" project and another on Trevor Jackson's "Rough Drafts, Pt. 1". Nicknamed "The Pen Point Guard", Breland believes he has a gift to "assist" the people he works with and "slam dunk" every opportunity he comes across.

Beyond music, Breland is passionate about a number of social issues and would eventually like to build non-profits that help disparate populations and advocate for public education reform. Having learned from one of the best in Troy Taylor, Breland also sees himself growing into a mentorship role in the industry to give back to future generations of musicians.  Naturally driven, charismatic, and business-savvy, the sky is the limit for this flourishing young talent.