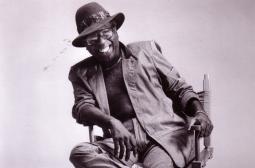 The man behind such classics as "Keep on Pushing" and "Superfly" will be the focus of upcoming projects, including new recordings, DVDs & memorabilia. Curtis Mayfield’s storied music career will mark its 60th anniversary next year. To celebrate the occasion -- and Mayfield’s still influential legacy -- the late soul icon’s estate is ramping up multiple projects. The slate includes a website, new recordings, merchandise, DVDs and a documentary.