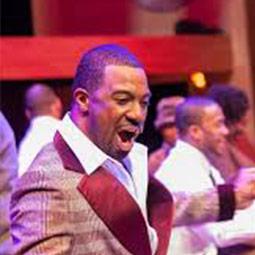 Chicago's Golden Soul is a musical journey celebrating the artists who propelled Chicago to national fame as a recording industry in the '60s and '70s. This fast paced, exhilarating revue features the hits of Chicago's musical legends such as Jerry Butler, Curtis Mayfield, Gene Chandler, Major Lance, The Impressions, Betty Everett, Barbara Aklin, Etta James with a special tribute to the fabulous Chi Lites. Chicago's Golden Soul recreates an era that brought us such dances as the twist, the twine, the monkey, Go-Go Gorilla and the Watusi and we relive them all! The audience is sure to be up on its feet and dancing in the aisles as we celebrate Chicago's Golden Music!

"As the perfect complement to our hit production The Story of Curtis Mayfield, Black Ensemble Theater will present Chicago's Golden Soul, filled with Chicago history, culture, music and dance from the same era. The audience reaction to The Story of Curtis Mayfield has been better than we could have ever anticipated and I know that Chicago's Golden Soul will stir the same interest and emotion," says Jackie Taylor.

Previews are $45; Tickets during the regular run are $55 (Wednesdays, Thursdays and Saturday matinees) and $65 (Fridays, Saturday evenings and Sunday matinees). A 10% discount is available for students, seniors and groups.